I can’t count how many houses I have been in over the past 15 years.  Old, new, affordable, expensive and just about every neighborhood in the Bluegrass.  Seen it.

One of my favorite things to do is watch how buyers react to several things, one of the biggest is the floor plan.

I think we don’t discuss the floor plan of houses often enough.  Sure, we think about whether it is open or traditional but there is more to it than that.  We usually just focus on the square footage.  For example, I will often have buyers get excited about a small house because it has a basement.  They will be excited because it is 2400 square feet.  Having shown several of these over the years, I like to remind buyers that yes, 2400 square feet is a lot of space, but that house is really a small starter home sitting on a finished basement.  1200 up and 1200 down.  The upstairs will always live like a starter home.  I tell them this because just about every buyer I’ve known has lost their enthusiasm once they see a house like this.

Floor plans can greatly affect the value in older neighborhoods like Chevy Chase or Kenwick.  I have seen far too many houses that sold for far less than similar sized houses that were finished equally.  When I go to list an older house, the first thing I do is assess the floor plan.  If it has lots of tiny rooms and much of the square footage is wasted in hallways, then I know it will sell for the lower end of the range for the neighborhood.  A lot of older houses must have been designed by builders or the first owner on a napkin.  You sometimes see some pretty odd things.  You also see some odd things done during remodels.  My parents house in Kenwick was built as a one bathroom house like pretty much all houses in the 1930s.  Somebody at some point thought adding a half bath in an upstairs hall closet was a good idea.  Since I lived upstairs, I can say that it was a good idea but it was very tight and very odd.  This was before you could go to IKEA and buy those super small sinks.  I just remember sucking in my gut to get past the sink.

Even in newer houses there are a few things that buyers seem to not like.  I’ve shown some newer small ranch houses that have the living space on the back of the house.  You have to walk down a hall and literally find the living room, which doesn’t make a good first impression.  I have never sold one of these because a buyer just can’t get past that first impression, similar to split foyer houses where you have to decide immediately whether you are going up or down.  Buyers don’t like anxiety as soon as they open the door.  Also, a lot of the diagonal walls and plant shelves of the 1990s haven’t aged well.  They usually make a room feel small, furniture placement odd and make people feel like they are in an interactive M.C. Escher display. 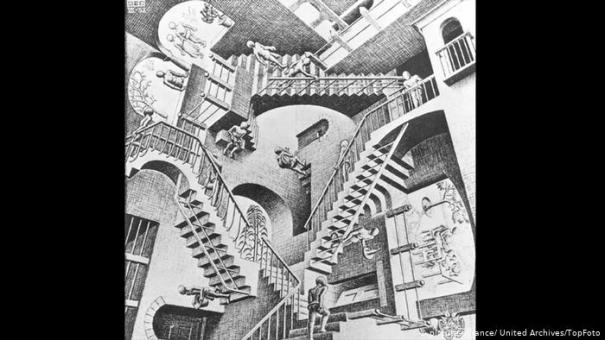 Another big negative is with houses that have a finished basement.  Most people want to use this space for kids to play or for large gatherings of people.  Lots of small rooms is a big negative.  A lot of times, these basements got finished to suit the needs of the owner, which may not be the same needs as the next potential owner.  When I have a client who will be finishing a basement, I ALWAYS tell them to have one big open room and to not make a maze of walls.  Just like those ranches with the hallway leading from the front of the house to the back, buyers want to walk down into the basement and see that big open room immediately.  They don’t want to get to the bottom of the stairs, turn and walk down a hall that leads to another hall or a small room that you must go through before getting to the main room.  It is best to mimic the upstairs floor plan, only make it more open.  You can put a spare bedroom under the dining room and a bathroom under the kitchen usually.  Be sure to leave a little space for storage too.