A little tubular box just like this one is what got me into real estate.  I remember all the times I sat in my grandparent’s family room and the thrill of pulling that plastic top off the cardboard container.  My grandfather would be sitting in his green plaid Lazy-Boy recliner watching golf or some sport on the 19 inch TV with a rabbit ear antenna.  The room was paneled.  Had a giant brick fireplace that took up most of the wall.  I would sit and built houses with these 50-60 pieces.  I played with these so much that the cardboard tube was badly frayed where the lid goes from taking it off and putting it on so many time.

Then I stepped up to this: 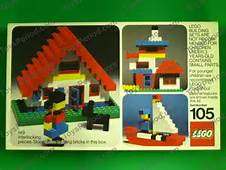 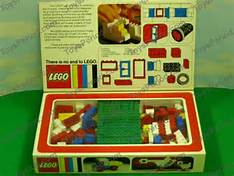 105 pieces of pure real estate pleasure.  It totally amazes me now to think how far Legos have come.  Most today are about building something and following a plan.  Back then, it was about being creative and making something that only existed in your mind.

I mainly did modern, flat roof houses because with only 105 pieces, you didn’t want to use half of them to make a sloped roof.

Then I started to draw floor plans.  It was the 80s.  The dawn of the open floor plan for the masses.  There was still enough 70s left over that things like Conversation Pits, like I have in this house, were as cool as firepits and reclaimed wood are today.  My grandfather got me the drafting kit for something like my 10th or 11th birthday.  I still have the note inside that he wrote me.  I wish it had a date on it, but neither of us realized I might need it nearly 40 years later for something called a blog.

Then I got into neighborhoods.  Thinking about how one street compared to another and such.  Asking myself which house was better, which lot was better, what I liked or disliked about each.  We lived in Frankfort at the time.  I remember thinking our cul de sac was one of the better ones in the neighborhood, but I didn’t like that it sat at the bottom of the hill, and that the house behind us sat slightly higher than ours……but it was still far better than the houses closer to the East-West Connector Road with all the traffic noise.

I’d go to Florida in the summers to see my grandparents.  My entertainment was having them drive me around cool neighborhoods and going to model homes to see new houses.

3 thoughts on “How I grew up to become The LEXpert”